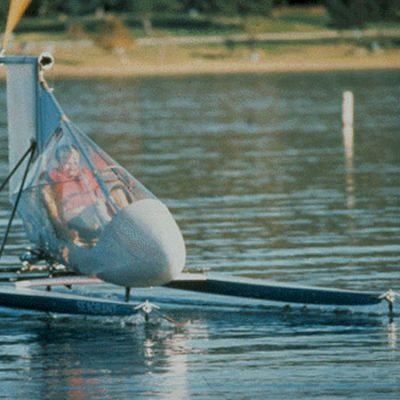 In the spring of 1993 the Decavitator team was awarded the DuPont prize for the fastest human-powered water craft. This prize was to be awarded to the first team to break 20 knots over a 100 meter course, or to the team with the fastest speed on record as of 31 December 1992.